The Past at Your Fingertips 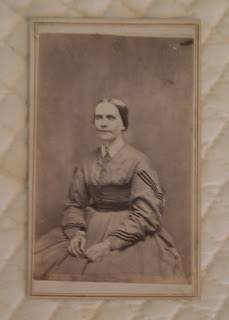 Yesterday I sold out of CDV's in my Etsy Victorian Times store. A couple of ladies wore browsing "Civil War" and came across my original Civil War CDVs. So today I am listing some new ones. While looking at the faces of the women in the photos it made me look back in time for a while. What were these women thinking as they were having their pictures made. Was the terrible war just starting and they wanted to give their loved one something to remember them by? Or had the war just ended and now was the time to celebrate! 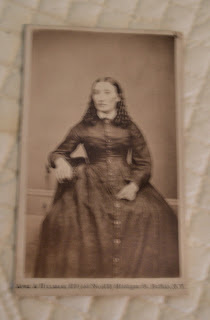 The photo with the woman with her hair pulled back has chevron strips on her sleeves. The sleeves are called a two piece coat sleeve and resembles the sleeves worn on military jackets. Chevrons are what the officers wore to denote rank. Women during the civil war mimic military marking and designs in their own dresses. It was fashionable to do so. Was this woman's sweetheart or son an officer in the army? Her eyes are so deep and serious.


These things we will never know. There are no names written on the back and no way of finding out who they are. They are now just artifacts, relics of our nations (the United States) most horrendous war. I'm sure these women had no idea their image will become collectors item. The very photo they held in their own hands now out lives them over a hundred years. Their pictures have seen things that were beyond their own comprehension. I'm sure they did not think there picture would be posted on line for all the world to see. And yet here they are. I know they did not think these things. When was the last time we wondered where our pictures will be 150 years from now while the photo was being taken?

Posted by sarahanne at 8:34 AM

Those are wonderful CDVs.

I think that sometimes they looked very serious because you had to hold perfectly still for several minutes to get the picture taken, and it is really hard to hold a smile for that long!

I cannot tell you how fascinated I am by these pictures and your blog! My house is full of antiques and I always wonder where they were before they came here. I am so fascinated by those older times. 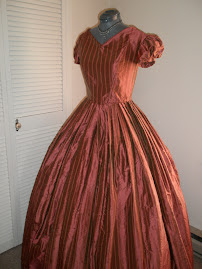